Home » Raising Hope for the 2016 Monarch Migration- Raise The Migration 4 Results
Raise The Migration is an annual North American challenge to raise monarch butterflies to release for fall’s annual monarch migration. These are the results from fall 2016… 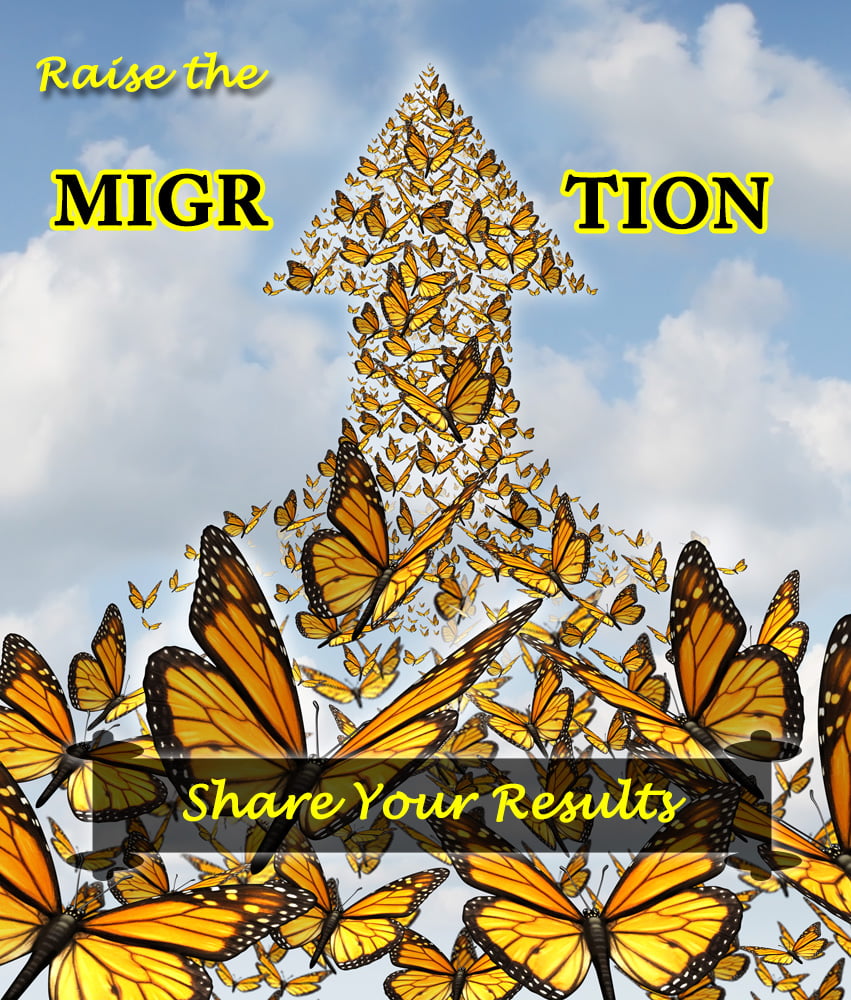 The raising season is coming to an end, so we’d love to hear how many butterflies you released for the 2016 monarch migration…and more importantly, what lessons you’ve learned through this amazing experience?

If you’ve still got some raising to do, raise on!  But please post in the comment box at the bottom of this page after you’ve released your last butterfly.

2016 was a slow year for monarchs in Minnesota and many other regions. A march storm that tore through their overwintering grounds instantly changed the trajectory of what looked to be a very promising season.

Thankfully, the monarchs still showed up regularly (in fewer numbers) to our butterfly garden from the end of May through the entire season.

For the migration generation, I found an initial small batch of 10 eggs, followed by a larger group of 15 eggs and caterpillars.

Parasites have been mysteriously absent this season, and the migration was no exception.

I lost just one egg to trichogramma wasps, and this started my migration generation at 24 monarch caterpillars.

So how did our Raise The Migration Monarchs fare this season and what lessons did we learn?

In addition to Raise the Migration, I have have also published a more in-depth, organized raising guide to further assist you in raising healthy monarch butterflies.

If you’re interested in a step-by-step guide digital guide with free updates (before each monarch season begins in spring) please check out the monarch raising guide by clicking this butterfly photo: 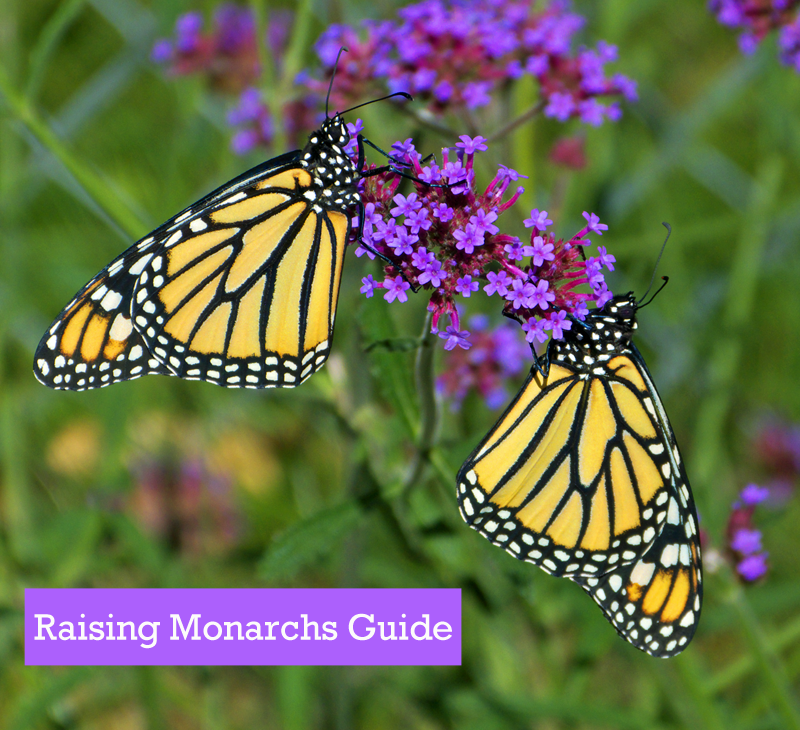 For anyone who purchases the guide (or any other item) from the new Monarch Butterfly shop, you will be invited to our closed facebook group where you can discuss raising monarchs with other raisers and post your photos.

This was our fourth successful season in a row, although we still have three monarchs to finish raising before the final results can be posted. Here are Raise the Migration results from the first three seasons:

As you can see from the results, this raising system is consistently producing healthy monarchs to help support the struggling monarch population.

For the fourth straight year, the caterpillar cages we use have proven to be escape-proof, which is one of the main reasons we use them.

I almost made one fatal mistake, which was narrowly avoided by a stroke of luck…

I was cage cleaning and brought my two remaining caterpillars into the kitchen, placing the cats/cutting container on a boot tray.

I decided to check out the garden outside, for just a quick second…I completely forgot about the caterpillars and was outside for about 20 minutes. When I came back, one caterpillar was on the edge of the boot tray about to depart for the land of starvation…

LESSON LEARNED: When you start cleaning the cage, don’t stop until you’re finished, and the caterpillars are secure in their habitat.

These are always the most frustrating issues to deal with. On paper, you did everything right…but for some mysterious reason, the caterpillar fails to thrive and doesn’t make it to the next stage of monarch metamorphosis.

I had one caterpillar in 2016 that stopped eating and, over the course of a week, slowly starved to death. After it was too weak to stay on a cutting, I placed it in the freezer to euthanize.

The next day, I dissected the caterpillar to see if I could find any trace of parasites (tachind maggots) inside. There weren’t any. Thankfully, whatever the issue, it did not affect the other monarchs.

Tachinid fly parasitoids have been strangely absent from our garden this season…not a problem!

LESSON LEARNED: If you bring in caterpillars there is always a risk of parasites. However, they are easy to dispose of and they don’t hurt your other caterpillars. I would say about 75% of our Minnesota caterpillars brought inside are tachinid-free. If you can’t handle the disappointment, than stick to monarch eggs.

These parasitic wasps deposit eggs inside the monarch egg, and their larvae destroy the monarch embryo. You’ll know this happens when the entire egg starts to dark instead of just the top. Once the egg has been dark a couple days, you’ll know it’s not viable and can squeeze the egg in a leaf and discard.

LESSON LEARNED: If you see a monarch female depositing eggs in your garden, collect them right away!

I am happy to report zero accidents for Raise the Migration.

LESSONS LEARNED: The best way to avoid raising accidents is to give the monarchs your full attention when caring for them…sometimes easier said than done.

The 2016 final raise results will be based on 24 monarchs that hatched from eggs and brought in as caterpillars. I don’t count tachinid fly and trichogramma wasp parasite deaths in the stats because there is nothing you can do to stop them except for leaving eggs/cats outside to fend for themselves.

failure to thrive– one caterpillar quit eating and finally starved over a week long period. After I euthanized, I dissected to confirm there weren’t any tachinid fly maggots inside.

I’m very happy with these results and I believe I’ve helped twenty-three butterflies get off to the best start possible for the long and perilous journey ahead. Bon voyage!

But now, here’s the part I’m most excited about…seeing all the valuable lessons you learned raising monarchs over the past few weeks!

Please share your results below by letting us know how many monarchs you released to help boost the struggling monarch population.

More importantly, please share the most valuable lesson(s) you learned about raising monarch butterflies, that can help others raising forward.

Thank you for helping to Raise the Migration!