In the latest sky-is-falling chapter from flawed monarch research, it appears our hand-raised monarchs will never find their way to Mexico…

While the media is responsible for making this misinformation spread like wildfire, the raising methods used in this experiment are puzzling, to say the least…

I don’t breed monarchs, promote the breeding of monarchs, or understand the exact processes breeders use that could potentially affect migratory behavior, so I’ll stick with what I know…

Let’s discuss why this latest research does not apply to raising migration butterflies at home.

Once your milkweed is in order, you have the option to collect eggs from your garden to start raising a few for release back to nature.

If gardening is not an option, I have also suggested purchasing eggs/caterpillars from reputable breeders as an alternative.

I admittedly don’t know the exact processes breeders use and how these might affect migratory behavior, and I agree it’s important to study how this could negatively impact the monarch population.

The commercially bred monarchs in this experiment were raised in outdoor insectaries in Chicago, which sounds appropriate for their testing purposes. Using specimens from one commercial breeder that breeds year-round could have skewed the results, so I hope further testing is planned.

What I don’t agree with is the flawed research methodology used for the home raising experiments.

What did they do for the raising experiment?

This is a direct quote about this research from monarch expert and director of the UW Madison arboretum, Dr. Karen Oberhauser:

“Large-scale mass rearing for multiple generations is very different from rearing monarchs in captivity that are collected as eggs or larvae, and then released when they emerge as adults.

It is important to note that the inside rearing in the experiment was done in incubators in which temperature and light were carefully controlled; think of a big warm refrigerator with controlled lights. As a result, the monarchs were not exposed to any natural light or temperature fluctuations; the lights went on for 14 hours, and were then off for 10 hours. While the authors said that these are fall-like conditions, they aren’t.

In the fall, daylength outside is changing rapidly. Work done in my lab at the University of Minnesota showed that decreasing daylength was a key driver of diapause induction. In most inside rearing conditions, such as in people’s houses and classrooms, there are windows and diurnal temperature fluctuations which provide exposure to natural environmental cues. I’m actually not surprised that the monarchs didn’t migrate after being in an incubator under constant daylength conditions. “

I have recommended to our community for the past decade to raise monarch indoors with exposure to natural heat and humidity (ie porch with windows open) or outside in a protected area (ie greenhouse or in a cage next to the house protected from extreme elements and potential predators.

So how was it determined, the monarchs wouldn’t migrate?

For the environmental issues stated above, this home raising portion of this study is already null and void. Additionally, it’s also hard to imagine how the monarchs could exhibit normal flight behavior inside a simulator with limited space.

Have scientists carefully considered what effect a synthetic flight simulator might have on their internal navigation systems?

Also, is it possible that migrating monarchs might be looking for a nectar source before orienting in a specific direction? How can they say for certain, these butterflies would not have eventually migrated?

Lab experiments often make too many assumptions. Home raisers and butterfly gardeners are more likely to see authentic monarch instincts and behavior on display in their own back yards.

It’s frustrating dealing with the fallout (dozens of frantic emails from concerned monarch enthusiasts) from a flawed scientific experiment that actually reveals nothing about the effects home raising has on migration-generation monarchs.

Someone forgot to mention the eastern migratory population is estimated to be up 124% in 2019…a compelling statistic that suggests our raising efforts are making a difference in some capacity, and that commercially bred monarchs may not be having the detrimental impact this research implies.

While I acknowledge the importance of further studies on mass breeding, the raising component to this study is not helpful because the methodology isn’t applicable.

The big take away here is to make sure when raising migration-generation monarchs to expose them to natural light and temperature fluctuations.

I’ve already been doing this (for years) to give monarchs a better chance to thrive…and migrate!

7 years ago I started an annual event called Raise the Migration to take North America through all the steps for raising monarchs from tiny egg to magnificent butterfly to release for the great fall migration.

To scientists, monarch enthusiasts, and anyone else who would like to be part of the solution for creating better rearing methods that promote monarch health, join us at the end of July as we continue our efforts to support monarch butterflies and their amazing annual migration:

To the monarch science community: Stop blurring the lines between mass breeding and raising butterflies for release. On page 4 of this study, you refer to home raisers as hobbyist breeders which is a completely misleading term which does not apply to the vast majority of us.

To the attention-seeking media: Stop making conclusions about things you obviously know nothing about. It’s irresponsible at best, and potentially harmful to our continuing monarch conservation efforts.

To our monarch community: Let this be your wake up call to always ask questions when the methodology, conclusions, and media reports on monarch research don’t make sense. 🦋🧐

If you want to read the actual research report it can be purchased for $10 or viewed at any local library with a subscription to PNAS.

If you have further questions or comments about this monarch research paper and its conclusions, please read the comment section below.: 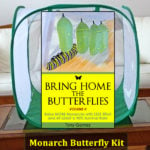 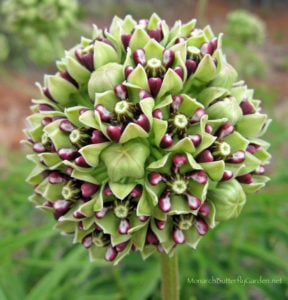 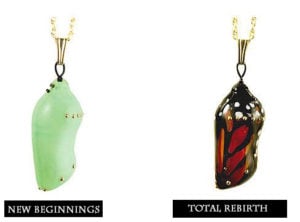 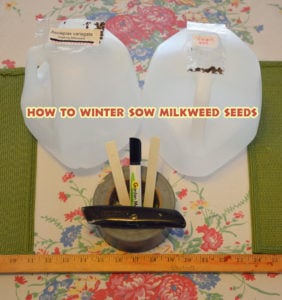